Omega-3 ranks among the most important essential nutrients out there today.3 In 2008, the American Journal of Clinical Nutrition4, 5, 6 published three studies investigating the role of EPA and DHA omega-3 fatty acids in elderly populations.

Low concentrations of EPA and DHA resulted in an increased risk of death from all causes, as well as accelerated cognitive decline. The studies also suggest that a higher intake of omega-3s may bring certain health benefits that short-term supplementation cannot give.

Here are other evidence of omega-3 benefits:

Fasting triglyceride levels are a powerful indication of your ability to have healthy lipid profiles, which can be indicative of your heart health.

Studies have also shown that omega-3 fats are anti-arrhythmic (preventing or counteracting cardiac arrhythmia), anti-thrombotic (prevents thrombosis or a blood clot within a blood vessel), anti-atherosclerotic (preventing fatty deposits and fibrosis of the inner layer of your arteries), and anti-inflammatory (counteracting inflammation – the heat, pain, swelling, etc).

Omega-3 has such great impact on your brain health – EPA and DHA keep the dopamine levels in your brain high, increase neuronal growth in the frontal cortex of your brain, and increase cerebral circulation.

Alarmed by the situation, Dr. Mark Puder, surgeon at Children's Hospital Boston,12 said that they knew most of the children with SBS were going to die. Then the physicians noted that when the kids were given the nutritional supplement Omegaven (made of fish oil), they began to improve drastically.

The fish oil treatment was given to 112 children at the hospital, where more than 90 percent of the children with SBS are still alive. There has been striking results that the fish oil supplement is also made available at 70 hospitals worldwide.

Omega-3 benefits cover many areas of health, from mental and behavioral health to preventing premature death from disease, including the following:

You May Be Running Low on These Beneficial Fats 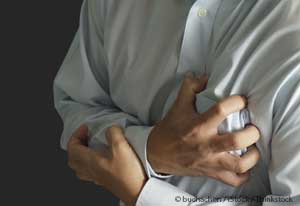 Most people fail to consume sufficient amounts of omega-3 fats, which makesomega-3 deficiency likely the sixth biggest killer of Americans. This deficiency can cause or contribute to serious mental and physical health problems, and may be a significant underlying factor of up to 96,000 premature deaths each year.

In fact, dietary fat intake has been among the most widely studied dietary risk factors for breast and prostate cancers. Two studies from 2002 explain how omega-3 can protect against breast cancer. BRCA1 (breast cancer gene 1) and BRCA2 (breast cancer gene 2) are two tumor suppressor genes that, when functioning normally, help repair DNA damage, a process that also prevents tumor development.

Omega-3 and omega-6 fats have been found to influence these two genes – omega-3 tends to reduce cancer cell growth, while highly processed and toxic omega-6 has been found to cause cancer growth.

Considering that omega-3 deficiency is a common underlying factor for cancer and heart disease, it is no longer surprising for statistics to show that this deficiency may be responsible for nearly 100,000 deaths every year.

Special attention should also be given to the fact that most women have major deficiencies of omega-3. A 1991 study at the Mayo Clinic focused on 19 "normal" pregnant women consuming "normal diets," and it showed that all were deficient in omega-3 fats. Another study compared Inuit (Eskimo) women to Canadian women, and it revealed omega-3 deficiency in the milk of the Canadian nursing moms.

Animal cells cannot form omega-3, so a fetus must obtain all of its omega-3 fatty acids from its mother's diet. A mother's dietary intake and plasma concentrations of DHA directly influence the DHA level of the developing fetus, impacting the child's brain and eye health.

So remember that if you are pregnant, your baby is dependent on the omega-3 from your diet via breast milk. It is then crucial that you maintain adequate omega-3 supply.